Allison P. Moriarty, MPH, who most recently served as director of BWH Research Compliance, has been appointed vice president of Research Administration and Compliance for Brigham and Women’s Health Care, effective immediately.

As vice president, Moriarty will continue to oversee compliance and ensure that all endeavors meet or exceed federal, state and local regulations and other policy requirements. She is also responsible for oversight of research operations at BWH and BWFH, including building and maintaining the necessary infrastructure and resources to support the institutions’ research goals. She will work closely with leadership at BWHC, Partners, Harvard Medical School and other institutions and sponsors to ensure that BWHC research continues to thrive.

Before joining BWH in 2007, Moriarty worked at Partners Community Healthcare, Inc. (PCHI) and the Dana-Farber Cancer Institute.
She earned her master’s degree in Health Policy and Management from Harvard School of Public Health and her bachelor’s degree from Williams College.

In this role, Vail will continue to oversee the BWHC research operating budget. She will also oversee the expanded academic portfolio governed by Paul Anderson, MD, PhD, BWHC’s chief academic officer and senior vice president of Research, to help develop the necessary operational infrastructure and resources for future research and academic projects, including the Brigham Education Institute and the Translational Accelerator.

Vail joined BWH’s Hematology Division in 1992, and since then, has held positions in the Experimental Medicine Division and BWH Research Administration. She received her bachelor’s degree in business administration from Boston University. 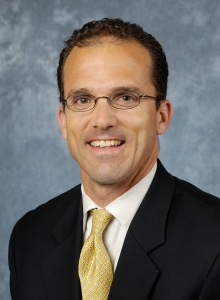 With a keen focus on high-quality, coordinated and accessible care, Fernandez directs the clinical, academic and administrative activities within Ambulatory Services, spanning multiple specialties and Primary Care across the distributed campus. He works with BWH’s ambulatory staff and leadership to improve and enhance patient and referring physician access and drive new initiatives to improve care and the patient experience. He also partners with the departments of Dermatology, Medicine, Psychiatry and Neurology, and supports the Neurosciences and Lung Center service lines.

“Ambulatory Services is a critical component of our patient access, care redesign and patient affordability work and integral to the overall success of BWHC’s strategic plan,” said BWHC President Betsy Nabel, MD. “Rich’s extensive experience, proven leadership and thoughtful vision will allow us to accelerate progress in these key initiatives.”

Fernandez began his career at BWH as a Deland Fellow and project manager for the President’s Office before becoming the administrative director for the Department of Emergency Medicine. After leaving BWH, he remained in the Partners family as a practice administrator for Partners Community Healthcare, Inc. (PCHI), the forerunner to the Partners Community Physicians Organization.

He earned his MBA at Temple University and his BS from the University of North Carolina at Chapel Hill.

McDermott, who has been with Partners HealthCare for more than 19 years in several leadership positions, leaves behind a terrific legacy. He served for nine years in a variety of roles at Partners Corporate Finance and then became executive director of Finance for North Shore Medical Center. He joined BWH in 2008 as controller and later became BWFH executive director of Finance. In 2012, given his excellent performance, he was appointed vice president of Finance and Real Estate of Brigham and Women’s Health Care.

His accomplishments, among many others, include oversight of the construction and opening of the BWH Patient Parking Garage and the Thea and James M. Stoneman Centennial Park in 2014. McDermott also provided leadership and guidance on the renovation and expansion of the Newborn Intensive Care Unit and the Brigham Building for the Future, which is scheduled to open in 2016.

An interim leadership transition plan is being developed and will be communicated.